The Road to Becoming a Great Manager

Posted on 1 Jun, 2020 to leadership, management

The road to becoming a great manager may be winding, and at times, painful. It is a challenging journey, catapulting you through many highs and lows, fraught with tough decisions and achievements—all of which centre around one key element: people. Research suggests that there are several different qualities that constitute the makeup of a good manager. However, the single most important characteristic is one’s ability to deal with people.

One of the first hurdles faced by managers in the making is finding a balance between doing and delegating. It is fighting the urge to complete a task yourself, and instead, entrusting it to somebody else. This is the very first step. Managing people and getting things done without resorting to micromanagement is a complicated task. Teams need comprehensive support and trust from their leaders to achieve the best outcomes possible. Great managers inspire exceptional results, encourage a sense of team unity and know how to handle even the most complicated group dynamics. But how do you get there?

Manager in the Making

In her book, The Making of a Manager, Facebook’s Julie Zhuo, Vice President of Product Design, describes three paths to becoming a manager based on her experience: 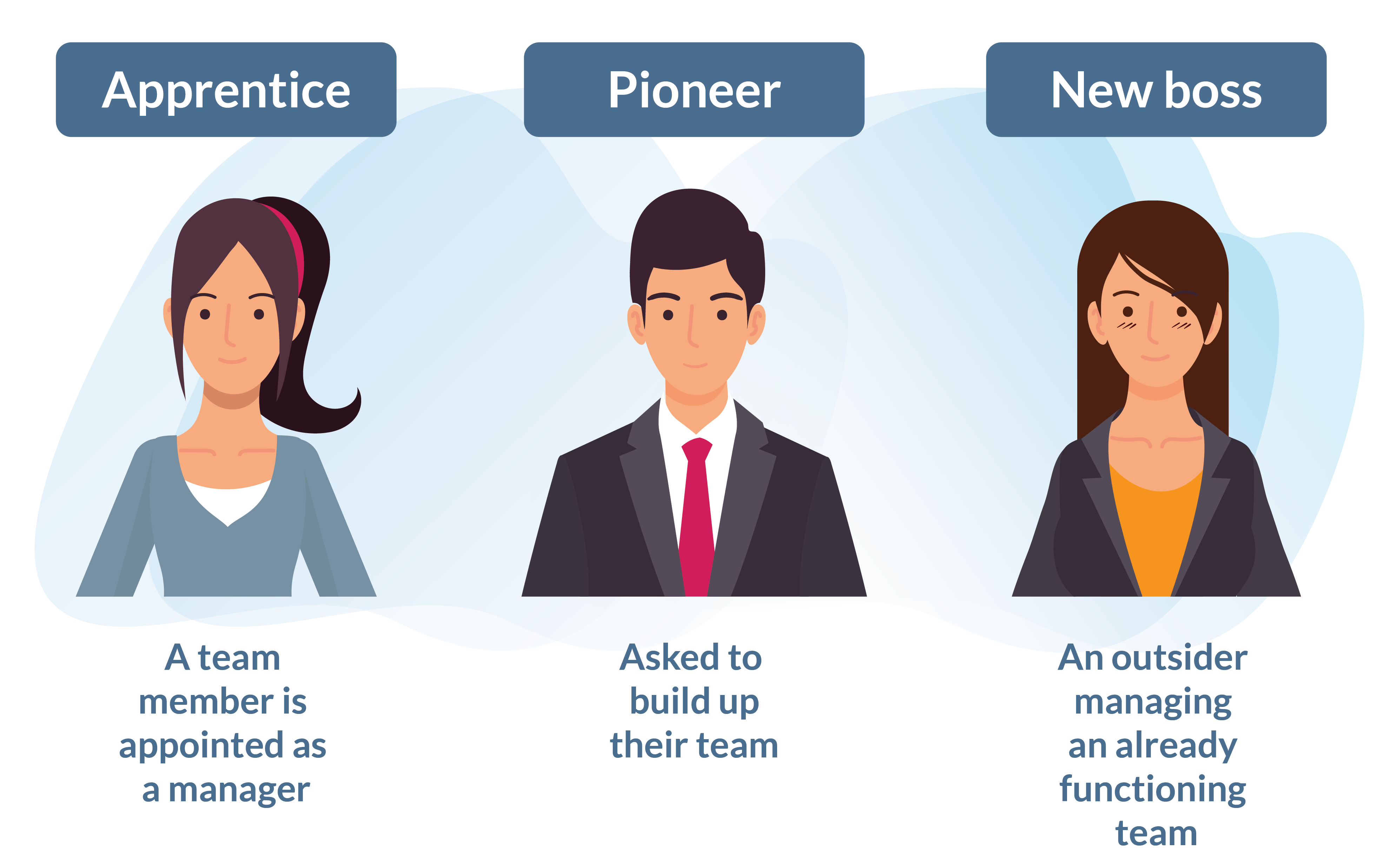 Once settling in the managerial seat, one may quickly find that there simply is not enough time in the average working day to keep up with the load. It is a constant battle against the clock to balance your workload while also managing your team, which can, unless handled very carefully, consume you. Oncken & Wass’ now well-known “monkey” approach, however, can help any manager with finding peace and order in what can often look like chaos.

Managers always seem to be in a rush. Some may say that it is in line with the “busyness” culture that is so prevalent nowadays, but being short on time is not news; time has always been a scarcity.

William Oncken Jr. and Donald L. Wass in their “Management Time: Who’s Got the Monkey?” article—originally published in the Harvard Business Review in 1974— suggest that a manager needs to deal with three kinds of management time: boss-imposed, system-imposed and self-imposed.

In the Oncken and Wass analogy, a supervisee’s task is portrayed as a monkey. When an employee asks their manager for help or advice, it is essential that the manager does not claim ownership of the monkey (i.e. their team member’s task or problem). The manager should not adopt the role of ‘babysitting’ their team’s monkeys, but they should, contrarily, foster a culture of accountability by holding their team responsible for their load. 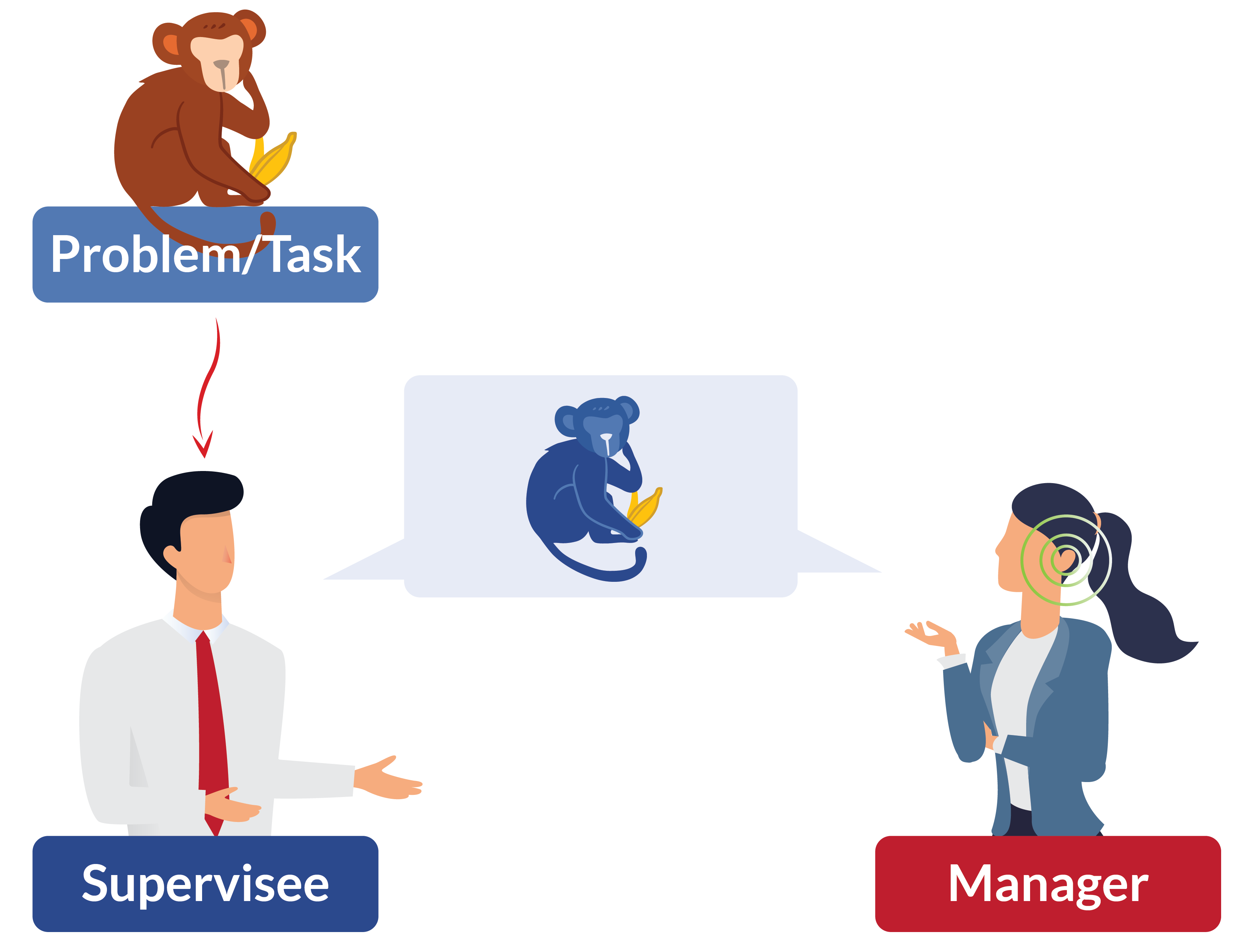 As such, Oncken et al. argue that when a supervisee approaches a manager to discuss a problem, the manager should clarify that the monkey does not swap owners—the manager may assist, but the monkey stays with the employee; it is their responsibility.

The analogy resonated so well with the business world that today leaders often call it “monkey management”. Ocken, together with Kenneth Blanchard and Hal Burrows, authored a book in 1999—entitled “The One Minute Manager Meets the Monkey”—in which they slightly develop the idea and define the monkey as the next move or a task.

From Good to Great

Once managers help their team to get their monkeys under control, they can focus on polishing their people management skills. Being a great manager means being a leader and an exceptional point of reference, not just being someone's 'boss'. But what does this really mean?

In 2008, Google’s Project Oxygen revealed what traits great managers shared. Google’s conclusions are robust as they are based on hard data: statisticians compiled over 10,000 observations about managers, factoring in over 100 variables. They identified ten qualities that will make a successful manager. In order of importance, an excellent manager:

The order of these qualities implies that interpersonal skills are more important than technical skills to drive success when it comes to managers. These findings support the idea that an excellent professional with impeccable expertise in their field may not necessarily be fit for a managerial role.

Businesspeople often say that management is not for everyone—a harsh but valid observation. Some people aspire to become managers to elevate their status, ending up bossing around unsuccessful and frustrated teams. The best managers are great listeners, help their team members to discover hidden talents, support growth and will always advocate for others rather than themselves.

Ancient Chinese philosopher and writer Lao Tzu said: “To lead people, walk behind them.” Approximately two and a half millennia later, his words still ring true. Forget about micromanagement or being bossy. Become an enabler.

We asked her questions relating to her managerial experience—Here is what we got to know:

a) What is the biggest challenge for a manager; what is the most difficult thing to get used to?
As a manager, one of your first and most important tasks is understanding what motivates each and every individual on your team. What really makes them tick? This of course requires time and effort from both parties to get to know each other and build a rapport.

b) What is your golden tip to a manager related to time and people management?
With regards to time vs people management - all cards on the table, this is not my forte - This being said, I do sometimes find myself taking on tasks that I should have delegated. I think sometimes the word “delegation” can be seen as a bit of a dirty word, almost as though you are brushing off your own work on someone else - in reality, not delegating certain tasks actually means you are taking away the opportunity for somebody else to learn something new. When you look at it from this perspective, I feel the problem takes on a whole new shape. So I guess the Golden Tip would be: question whether what you are doing is something you should be doing, or whether you should be supporting someone else in training them to develop and learn something new.

c) What is an essential quality of a great manager, in your opinion? Why?
STOP AND LISTEN. We can get very caught up in the day-to-day hamster wheel of doing things, when you are busy, I feel this somehow naturally happens, in my case at least. I think its imperative to make time for the people on your team to listen to what they have to say: how are they doing? Are they happy? What are they struggling with? Basically, in my humble opinion, dedicating real time, with a genuine interest in listening and understanding the individual is crucial to being a decent manager. 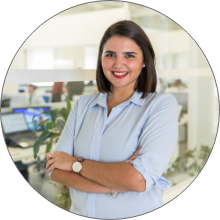 One of our top clients, a leader in the Fiduciary Services industry, is currently seeking a Company Administrator to join their growing team of professionals: Job Requirements: Administration and organisation of the Company's... read more

One of our leading clients in the Banking sector, is seeking a Senior Finance Reconciliations Officer to join their team: Job Requirements: Timely reconciliation of revenues and commissions paid to PSPs Computation and recharging of custom... read more

One of our key clients, forming part of the Banking sector, is currently seeking an Internal Audit Associate to join their team of professionals,  Job Requirements: Perform internal audit procedures  Document, and evaluate end-to-end... read more

Our client forms part of a prominent Group of Companies.  They would like to employ an Agency Representative to join their growing team. The Role Will be based in Malta and reporting to the Agency Operations Manager, You will be... read more